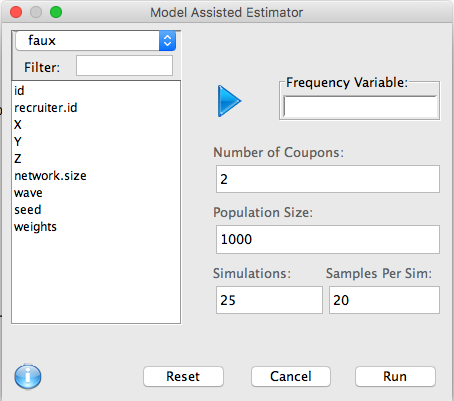 The computational complexity of generating the model assisted frequency estimate grows quickly with population size, and thus this should be used only with small populations.