This dialog compute a hypothesis test of trend in prevalences based on a likelihood-ratio statistic. 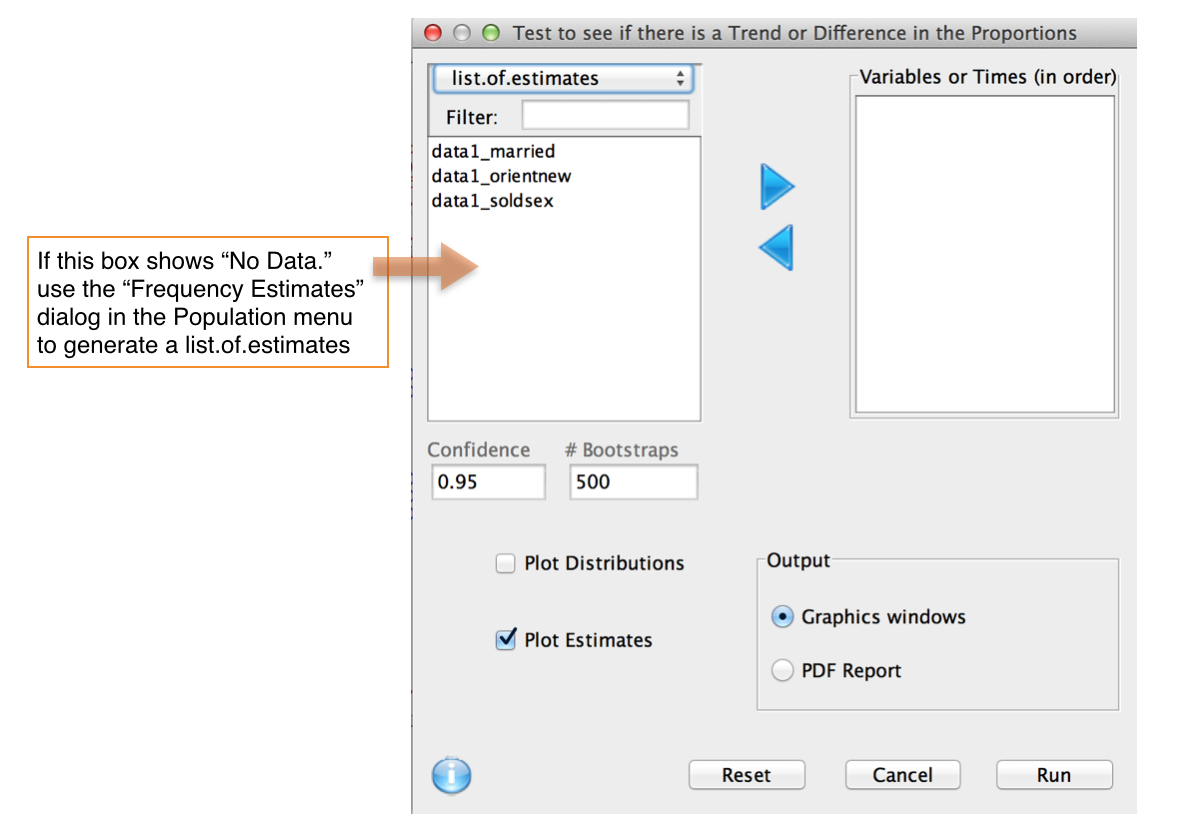 This function takes a series of point estimates and their associated standard errors and computes the p-value for the test of a monotone decrease in the population prevalences (in sequence order). The p-value for a monotone increase is also reported. An optional plot of the estimates and the null distribution of the test statistics is provided. More formally, let the K population prevalences in sequence order be p_1. ..., p_K. We test the null hypothesis:

First use the Population menu to compute prevalence estimates for the different stages. Then return to this dialog and enter them (in sequence order). A detailed video example is given here.