Examines the (increasing or decreasing) relationship between two or more continuous or ordinal variables. 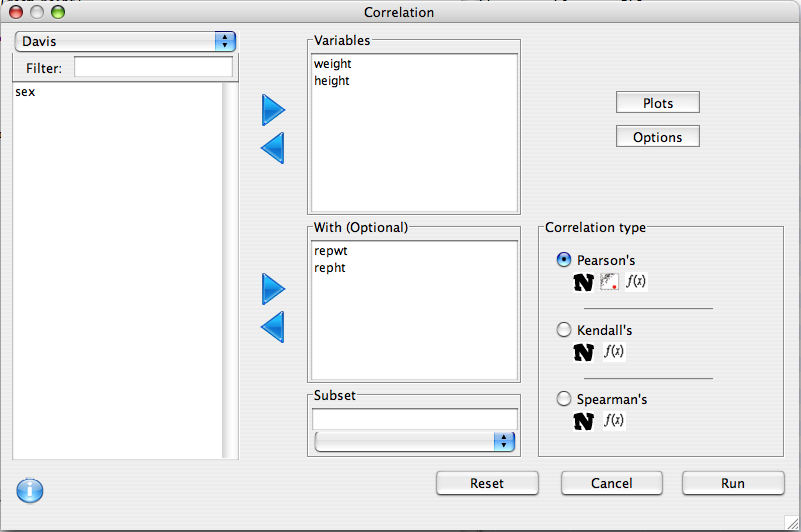 The alternative hypothesis can be specified, as well as the confidence level of the intervals. A number of printing options are also available: 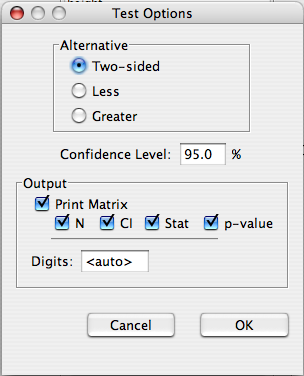 Three types of plots are available for correlations. The third, a full correlation matrix, is only available if no w'With' variables have been specified. 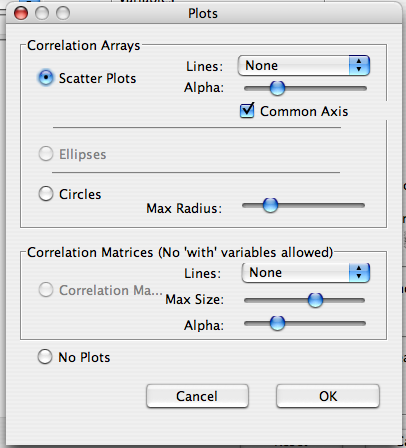 This is the "Usual" correlation. It estimates the strength of the linear relationship between two variables. It assumes that the sample size is large enough, and that the relationship is actually linear. It is also sensitive to outliers.

This rank correlation is obtained by rank transforming both variables, and then calculating the pearson's correlation on the transformed data. Doing this makes it insensitive to outliers, and relaxes the linearity requirement (it only requires that the relationship be monotonic.

Like Spearmans, Kendall's correlation is not sensitive to outliers, and will detect any monotonic relationship.

Do people lie about their height and weight?