The linear model (also called linear regression) is a flexible framework to analyze the relationship between two or more variables. Linear regression uses one or more independent variables to predict the values of a single continuous outcome variable. The simplest linear model is represented by drawing a best fit line through a scatterplot.

To learn more about linear models, start with the following articles:

This dialog is used to define what variables are of interest, and how they should be treated. 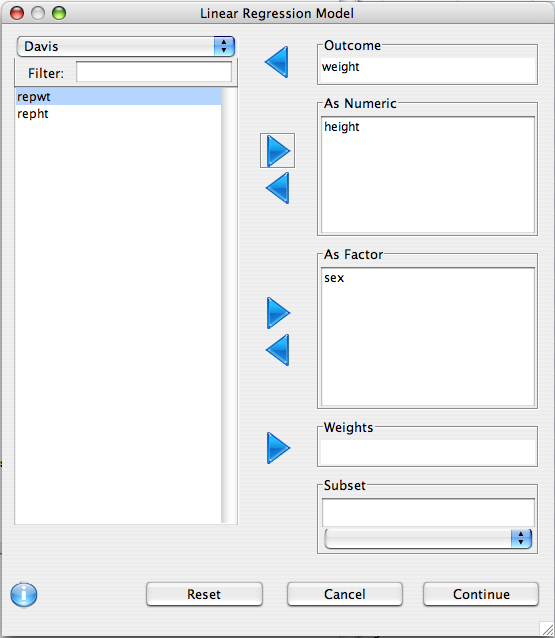 R has a rich syntax for expressing model formulae. The model builder dialog assists in the specification of the terms of a linear regression model.

Only one outcome is allowed. It can be edited by double clicking on it. for example if we wanted to log transform weight for the analysis, we could change it to log(weight).

Select one or more variables from the Variable list, the click on one of the center buttons to add a term to the model.

Additionally, terms can be hand edited by double clicking on them. 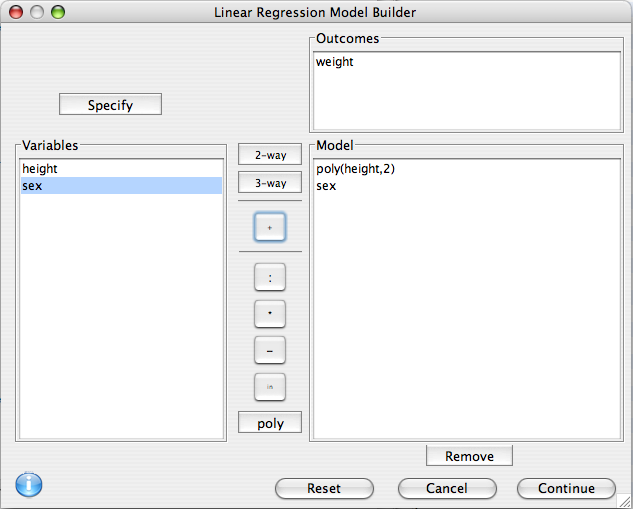 After the model has been built, its features can be explored. The preview panel displays a preview of what will be displayed in the console when the model is run. In the upper left hand portion of the dialog there are icons representing the assumptions that are being made by the model. 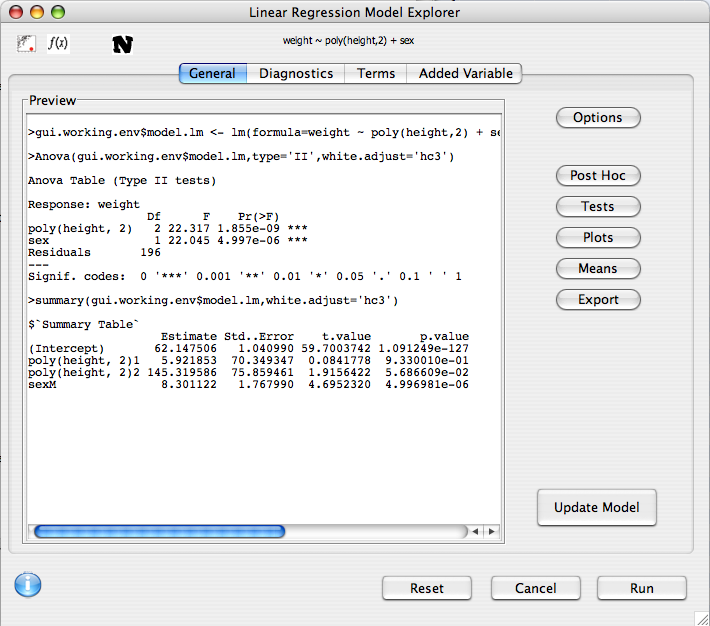 The following analysis options and dialogs are available

Additionally, several plots can be accessed through the upper tabs to help diagnose the fit of the model. 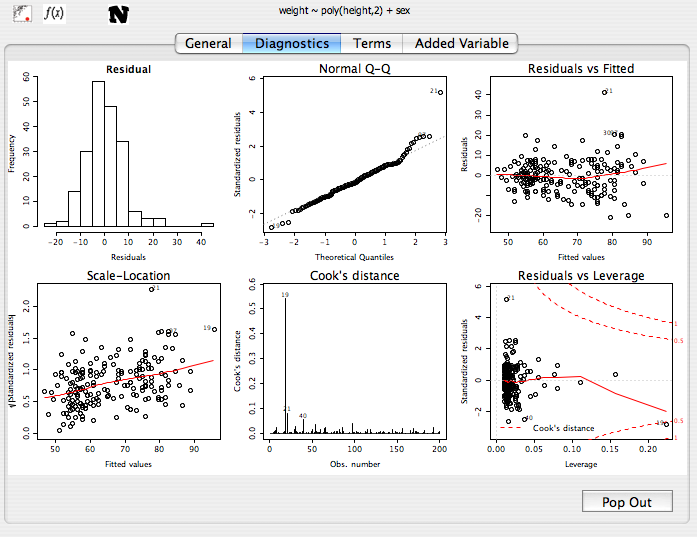 If the model contains no interactions, component residual plots are given. These are used to assess the linearity of the relationship between predictor variables and the outcome. 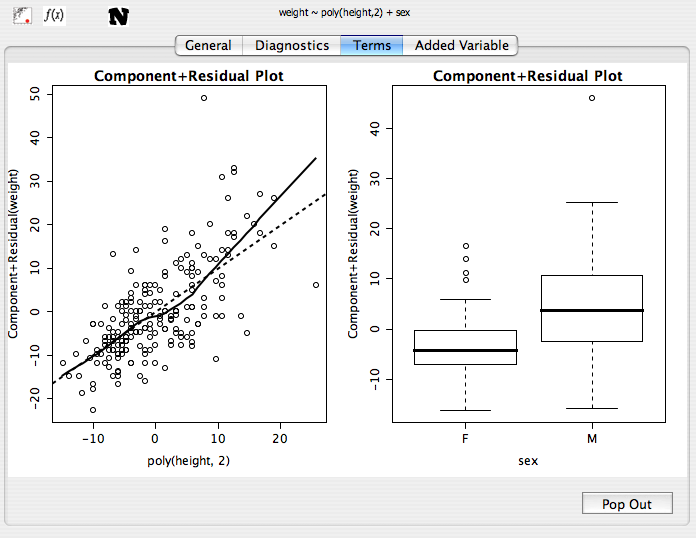 Like the term plots, these are used to assess the linearity of covariates. It is recommended that you only use these when the term plots are not available. See here for more information. 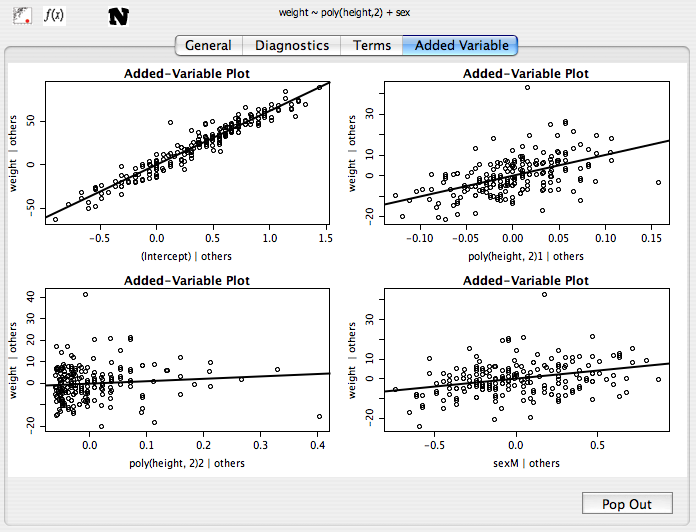