Use the Compute Weights dialog under the Data menu to calculate sampling weights based on reported network size (degree). This dialog will store weights in your data set as a new variable (column) in the data set. Weights may be used for fitting a generalized linear model to the sample data. Several other dialogs in the software ask you to choose a weight type as part of their calculation, e.g. Frequency Estimates and Population Crosstabs. The methods available for calculating weights are described below. (In some dialogs, Arithmetic Mean is also listed as a weight type, which simply means that all members of the sample are weighted equally.) 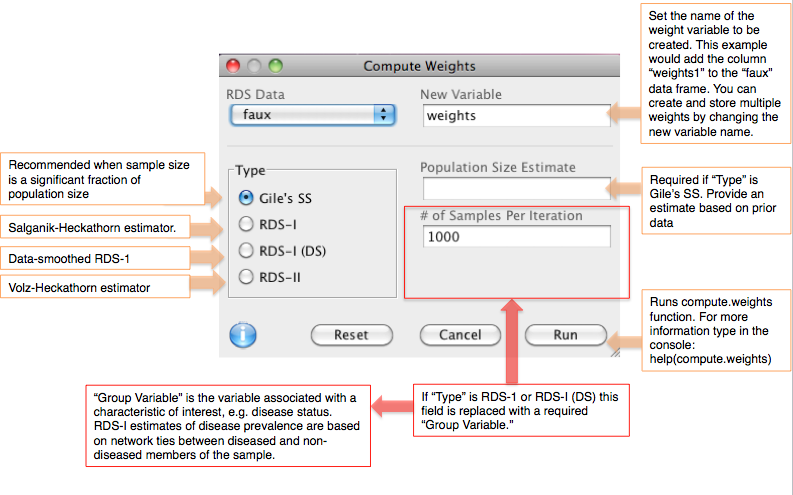